eiLab led research just published on Nature discovered that more than 1 million EU rivers are broken by small to large barriers. The highest barrier densities occur in the heavily modified rivers of central Europe and the lowest barrier densities occur in the most remote, sparsely populated alpine areas. Across Europe, the main predictors of barrier density are agricultural pressure, density of river-road crossings, extent of surface water and elevation. Relatively unfragmented rivers are still found in the Balkans, the Baltic states and parts of Scandinavia and southern Europe, but these require urgent protection from proposed dam developments. Our findings could inform the implementation of the EU Biodiversity Strategy, which aims to reconnect 25,000 kilometres of Europe’s rivers by 2030. Read more HERE

The eiLab led a study in collaboration with colleagues from the University of Padova and Macquarie University, for the development of a new dynamic sediment (dis)connectivity model, and its application for river basin study and Read more… 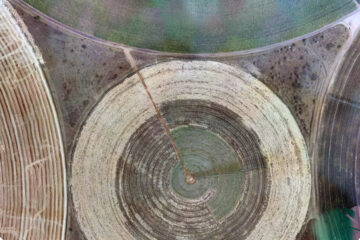 Unintended consequences of climate change mitigation for African river basins The eiLab led a study in collaboration with colleagues from Tufts University, Cornell University, and Pacific Northwest National Laboratory, which shows how the adoption of Read more…

The Italian Ministry for Infrastructure and Sustainable Mobility (MIMS) has published a report on the current and projected impact of climate change on the Italian infrastructure systems, as well as adaptation and mitigation measures with Read more…